In Tesla’s chart, the Fire is the strongest of the Five Elements (Wood, Fire, Earth, Metal, and Water).

The Fire is also his Output Star – a sign of extraordinary creativity, intelligence and productivity, which confirms that he was a highly intelligent and talented person, born to invent and innovate! His chart shows not only that his Self (Jia) sits on Fire, but that the Branches (Chinese Zodiac signs) also create additional Fire (Day and Month Branches combine to create more Fire; the same happens with Day and Hour Branches), which was also the source of his relentless energy (he slept only 2 hours, and once he spent 84 hours awake) …

There is one more peculiarity about Tesla and the strongest Element in his chart – the Fire Element.

In the Chinese astrology Ba Zi, the Fire Element represents energy and electricity!

Now, is it a pure coincidence that Tesla, ‘’the man who lit the world”, was fascinated with energy and electricity?

I would say NOT. Tesla and Musk, the Fire Element

Tesla was also a true magician of his time, who played with energy with the same ease as the kids play with toys (playfulness also comes with strong Output Star). Once, he lit 200 lamps from a distance of 25 miles; the other time, he figured out a solution to rotating magnetic field while walking in the park of Budapest with a friend. He built a transmitting tower in Long Island and he patented the basic system of radio. His numerous inventions became the core for functioning of nearly all device that use alternating current… Tesla and Musk: Their Secret Connection (7) 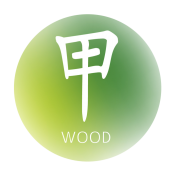 Tesla and Musk: Their Secret Connection (5)
Scroll to top